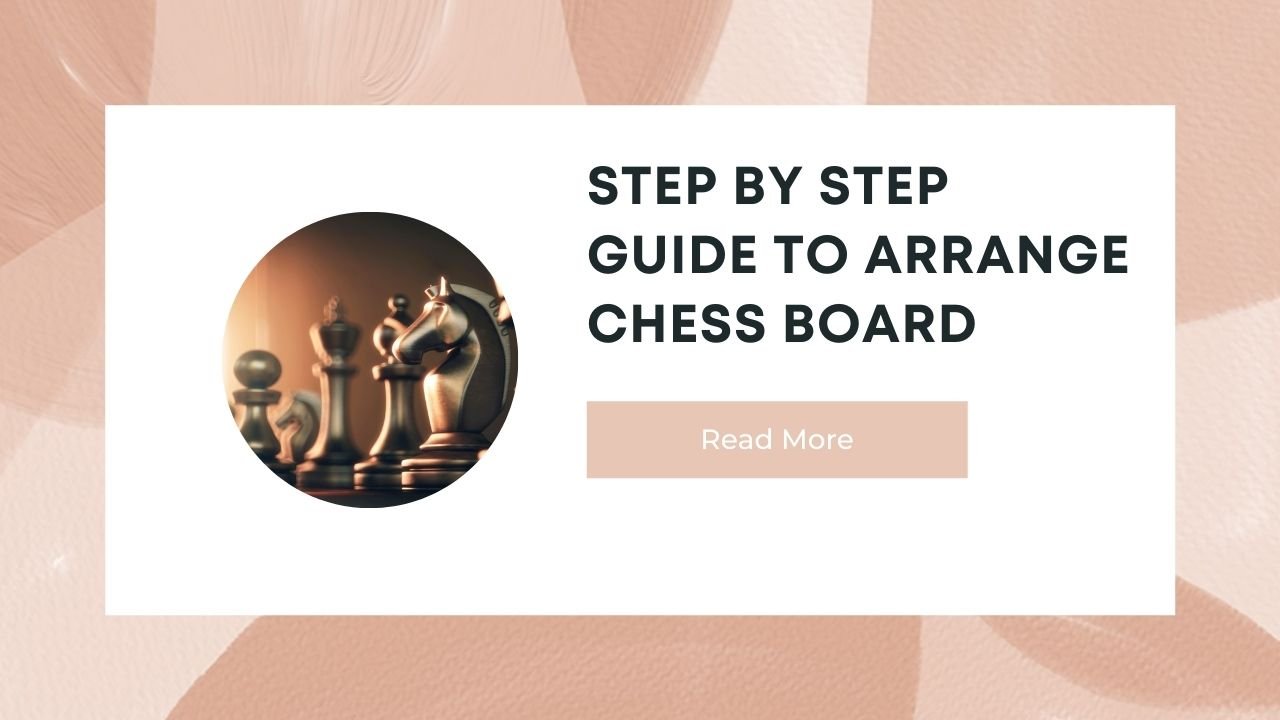 Each chess piece has its own unique and individual powers. For each chess piece, we will look at their starting position, notations, movements, overview, and additional tips. In this article we will see how to set up a chess board – a detailed step by step guide.

There are six unique chess pieces:

How To Set Up A Chess Board (step-by-step)

If you want to play the game of chess, then the first thing you should focus on is to set up the chessboard. When the setup of the chessboard is proper, your game will ultimately be a good one!

Let us jump right in on how to set up a chessboard in a correct manner:-

Orientate The Board Correctly

The first step is very important because it will set the tone of the game. It is necessary to orient the chessboard in the right direction so that every side is set up properly and correctly. Layout the light square in the bottom right corner. An easy way to remember it is that a white square is always on the right, from the perception of the players who are sitting at the board. 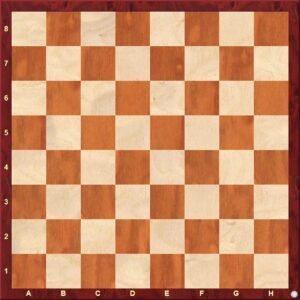 Set Up The Pawns On The Board

Putting the boards on the chessboard should be your next step to clear the pieces so that the rest of the pieces lying beside the board go on more quickly.

Pawn is the very basic piece in chess. Each pawn piece is worth 1 point. Though it may not seem such a big thing many players win a game of chess if they have that 1 point.

It serves a very vital role in the game even though it is the weakest piece on the board. It is the only piece that cannot go backward. In the early stages of the game, the game will be centered around the structure of the pawn and other pieces will support the pawn in the early stages. In the later stage, the pawns will play more of a supportive role to the other pieces. 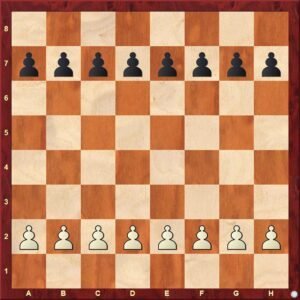 Place Your Rooks On The Corner

This piece looks like a castle, which is a very strong piece and is also referred to as the major piece of the board that is only outranked by the queen.

Each side has two rooks located on the four corners of the board. They are worth 5 points in the game. At the beginning of the game, it is surrounded by a knight and a pawn.

One of the mistakes that beginners make is that they never unleash the rook into the game, it rarely gets involved but you need to find a way later in the game to use the rook or you will miss out on one of your strongest pieces contributing to the game of chess. 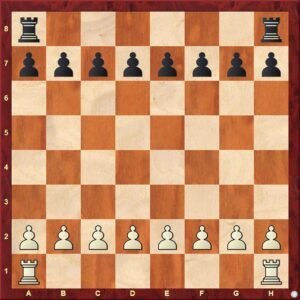 Place Your Knights On The Board

Place the knights next to the rooks. There should be a row of four empty squares between your knights. It looks like a horse. It has very unique movements and thus, it is a complicated piece that is hard to explain.

The knight is the only piece on the chessboard that can jump over another piece. In this way, the knight has a leg up over the queen but can only control few squares in total than the queen can.

As mentioned above that the knight can jump over any piece, which means that even after being surrounded by pieces it can still move to the same number of squares, assuming the final position is not occupied by any of your pieces. 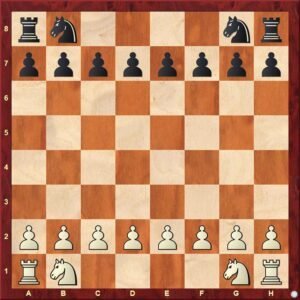 Place Your Bishops Next To The Knights

Each of the bishops goes next to its corresponding color, next to the knights. By now, your board must have a row of two squares between your bishops. It is referred to as a minor piece and can cover lots of ground.

They are worth 3 points equivalent to the knight. The bishop can move diagonally as many squares as it wants without jumping over another chess piece. When a bishop moves you can see a notation such as Be4. The B represents the bishop and e4 represents the square it has moved to.

At the beginning of the game, bishops are usually blocked by pawns, but you will be moving your pawns back early on.

Bishops are one of the primary pieces that you will use in the game early to attack your opponent. 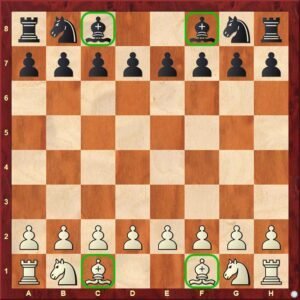 Place Your Queen On The Chessboard

The queens begin on the d1 and d8 squares. It should be the same color as the queen. The d1 square should be light in color square. Using the queen correctly is one of the most important aspects of chess. It is very powerful, so if you want to use it, you can but if it’s not protected your opponent can/will capture your queen and it generally leads to a very quick loss. The queen is worth 9 points, which is more than a bishop and a rook combined.

It can move to any squares in a diagonal direction and sideways in as many squares as without jumping over another piece. 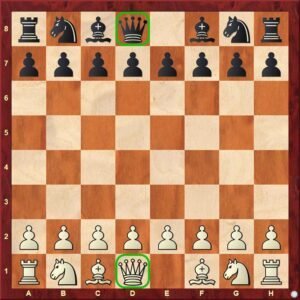 Place Your King In The Last Space

By this point, there must be only a single space left, so naturally, your king lands in the last space. It fits between your king and a bishop. It is the last piece to be set in with a cross on the top.

This certainly may not be the most powerful chess piece but is the most important. If you lose your king, you will lose the game. At the beginning of the game, you want to make sure that you protect your king. Later the king may become a very powerful ally in your offense. So be ready to use it!

The king can move one square in any direction. It cannot jump over a piece so that at the start of the game, there are no legal moves for the king to make as it is surrounded by other pieces.

The one limitation that the king has is, moving, that is it cannot move to a square that is being attacked by an opponent’s pieces. 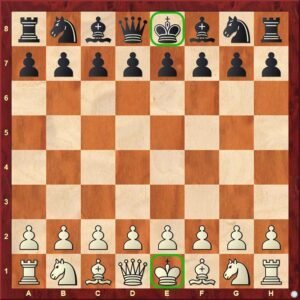 Do not forget that in chess, the player with the white pieces always moves first. Now, you are ready to play your game.

Even if you cannot play chess yet, like a grandmaster or a professional chess player, you can still try and do everything in your power to appear like a pro before the game starts.

You should learn how to fill out the score sheet, and you can also learn chess etiquette. You should wish your opponent luck with a firm and sincere handshake.

But if you do not know how to set up the chess pieces properly then you should immediately start as a rank beginner (or a patzer, in chess parlance).

Learning how the chess pieces and chessboard are set up may look complicated at first, but after a little learning and practice, you will get the hang of it.

You may even be able to land the very first psychological blow of the battle if your opponent has set up their chess pieces incorrectly.

If this article helped you to understand how to set up a chess board, then it’s time to grab a new chess set. Check out this articles to find amazing chess boards